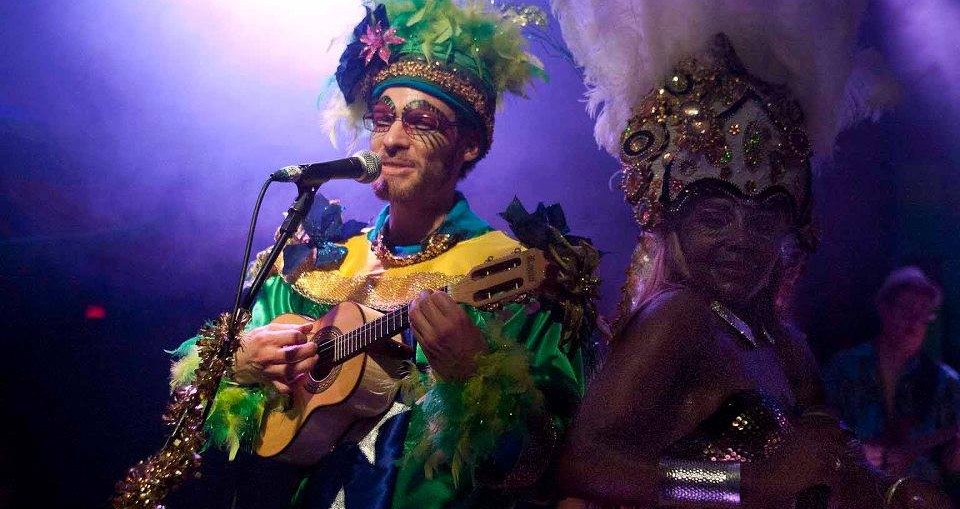 The Brazilian festival Carnaval Brasileiro returns to Minneapolis on Saturday, February 13, 2016. This long-running festival, now in its 14th year, will take place at International Market Square and is divided into two portions:

The festival will be hosted by guitarist/vocalist Robert Everest and his 10-piece ensemble Beira Mar Brasil, who will be joined by a cast of musicians and dancers including samba star Dandara Odara, the professional samba dancers Edilson Lima (who has been featured on Ellen DeGeneres), Vanessa Luiz, and Mariana Urraburu, Brazilian percussion ensembles Batucada Do Norte and Drumheart, and the Brazilian martial arts group Omulu Capoeira of Minnesota. Odara performs at over 50 carnival celebrations around the world each year in Europe, North America, and Brazil; Lima was featured on The Ellen DeGeneres Show.

Batucada do Norte at Minneapolis Carnaval in 2012