You are here
Home > About > Frequently Asked Questions

How large is the Twin Cities Arts Reader‘s readership?

That depends on how you count. In our first year of operation, we had about 56,000 unique, regularly returning readers. Some of these readers read everything; most have specific reading interests (a fan of burlesque and musicals doesn’t necessarily like visual arts features on Van Gogh paintings, for example). If we count single-article readers (who usually come from Internet searches, email links, and social media), the readership is several times higher – almost 300,000 unique readers per year.

Here are some examples of our readership patterns, circa September 2016:

How old is the Twin Cities Arts Reader?

The Arts Reader soft-launched in August 2015 and formally launched in September 2015. This followed a period of discussion dating back to June 2015.

Are you a blog?

No. The Arts Reader is an online arts and lifestyle magazine. Our staff is composed of critics who write reviews, journalistic features, and other critical material.

If you’re curious about the difference between critical reviews and blog posts, see this piece: http://insidescoopsf.sfgate.com/blog/2007/03/27/the-difference-between-a-review-and-a-blog/

Do you give awards?

Yes! We awarded the Twin Cities Arts Reader‘s inaugural Fringe awards in August 2016 and a second batch in August 2017. Some of our critics also chose to do end-of-year lists of favorites.

What are the criteria for awards?

A vote by our staff. Yes, it comes down to a vote – there’s no additional committee or master nominator to filter the nominations.

Why do you give out awards for the Minnesota Fringe Festival? 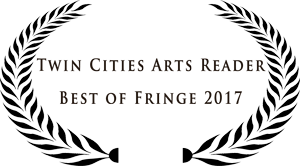 The Minnesota Fringe Festival is one of the defining Twin Cities theatre experiences and a development lab that has led to full-length, mainstage works at major theatres. At the same time, its online presence is transient, with each year’s website scraped away to make way for the next one.

Many Fringe festivals give their own internal awards (Houston Fringe, for example), but the Minnesota Fringe does not. In addition, the Ivey Awards – the Twin Cities metro area’s most prestigious awards – only very rarely cover Fringe shows and the companies that produce them. As Minnesota’s largest provider of critical theatre reviews, we thought that this was an oversight that we should address. Read more.

Do you use Associated Press (AP) style?

Why don’t you use Associated Press (AP) style?

Readability. AP style was designed for the limited confines of newspaper columns, where every piece of space counts and it was an acceptable business tradeoff to use less space at the cost of making it harder to parse how different parts of a sentence are connected. In this day and age, where most people don’t take the time read slowly, using things like the Oxford/serial comma improve readability and better show the connection between ideas.

AP style also never quite navigated to the Internet age, so how it deals with embedded multimedia, lists, and other items is not ideal. 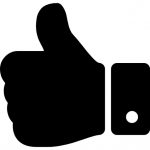 I want to submit a Letter to the Editor. How do I do this?

I want to write for the Twin Cities Arts Reader. How do I do this?

Write to: twincitiesarts@gmail.com. Send us a pitch.

How do I get coverage in the Twin Cities Arts Reader. How do I do this?

Write to: twincitiesarts@gmail.com. Send us a pitch. It’s helpful if you include summaries, details, quotes, pictures, and other material that we might use as the starting basis for an interview, preview, or news item. We understand that you’re excited about your organization or event – help us become excited as well.

If you’re a first-time or self-taught promoter, we strongly recommend that you read our column The Curmudgeon, which gives tips about how to represent yourself and your work well.

Too much stuff to cover and not enough staffing. We have a very large reviewing team, but there are only so many hours in the day and more than 500 performing arts organizations in the greater Twin Cities.

Do you reply to all emails?

Can I call you to tell you about my story? What is your phone number?

Unfortunately, roughly two-thirds of female journalists in the United States report experiencing threats, sexist abuse, intimidation, threats, and harassment while doing their work. Although individual writers may provide a contact number as part of correspondence, we do not list our phone numbers publicly to limit the potential for harassment.

As an organization, it would be unfair to channel calls to specific staff purely based on their gender identity.