The cast of the national tour of Cabaret. Photo by Joan Marcus.

Summer may have another two weeks on the calendar, meteorologically speaking, but the mild temperatures and rain this week are already giving a taste of fall. With the fall comes a new round of programming at area theaters and a new wave of touring shows coming to town. Here’s a sneak peek at the national touring production of Cabaret, which lands at the Orpheum Theatre on October 18.

This tour features Randy Harrison (Justin in Queer as Folk) as the Emcee, Broadway Cabaret veteran Andrea Gross as Sally Bowles, and a host of star-studded names. A special feature of the tour is the 15-strong group of actor-instrumentalists who perform in the chorus and as the Kit Kat Band, in conjunction with the 3-piece rhythm-keyboard section. 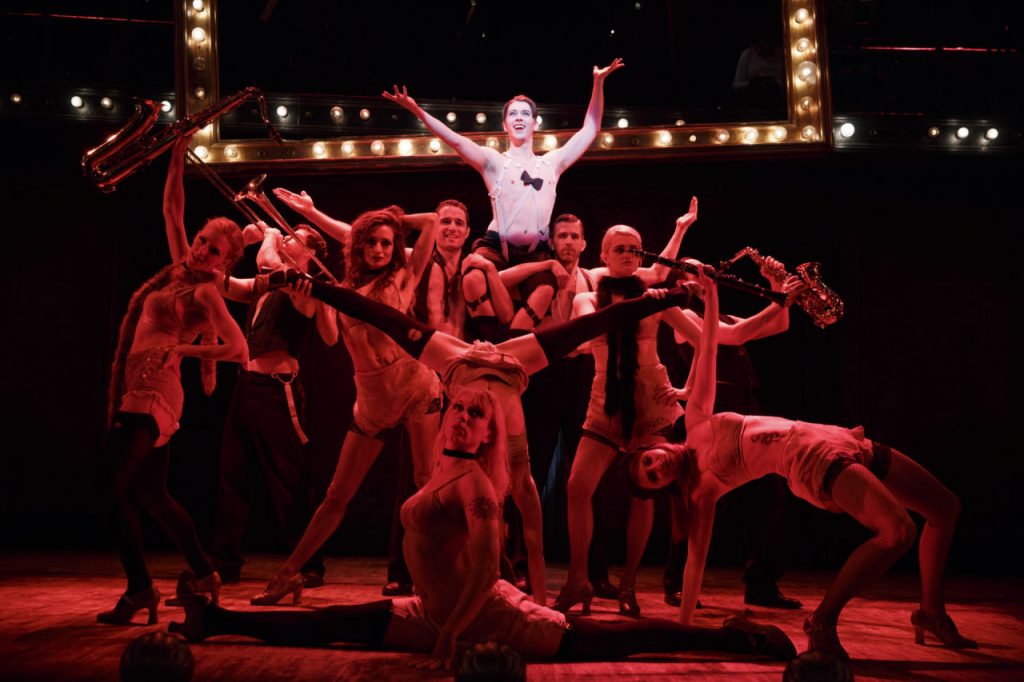 Cabaret plays October 18-23 at the Orpheum Theatre in Minneapolis.