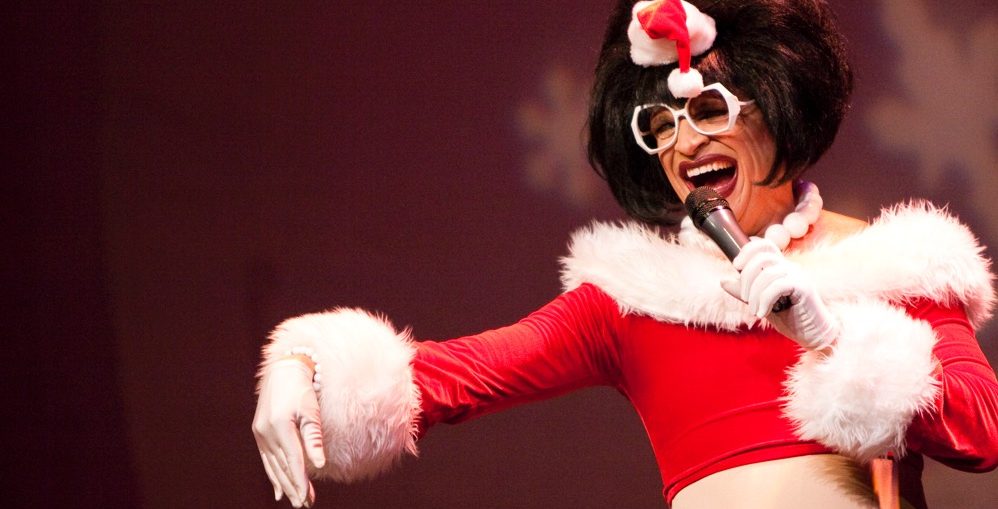 Another year, another Christmas Carol, another Nutcracker, and…another installment of Miss Richfield 1981’s annual holiday show. If you’re near to the Twin Cities theatre scene and haven’t seen Miss Richfield 1981 at an event, you’ve been deprived. This December drag show has a devoted following, a lot of people who come in by word mouth, and also a few people who arrive without realizing what type of Christmas show this is. The poor dears.

The holiday theme varies (this one’s is, unsurprisingly, the election), but there are some dependable hallmarks of a Miss Richfield show. One is the high degree of audience interaction. Another is the skewering of, uh, some suburbs south of Minneapolis. Throw in a few mashed-up Christmas carols and a musical saw, this season’s dose of political satire, and that’s a wrap. This year’s show wasn’t quite as funny as last’s – possibly a symptom of election exhaustion – but it still has a lot to go for it.

Miss Richfield 1981’s holiday show From the Trailer House to the State House — Santa Style plays through December 17 at the Illusion Theater in Minneapolis, MN.