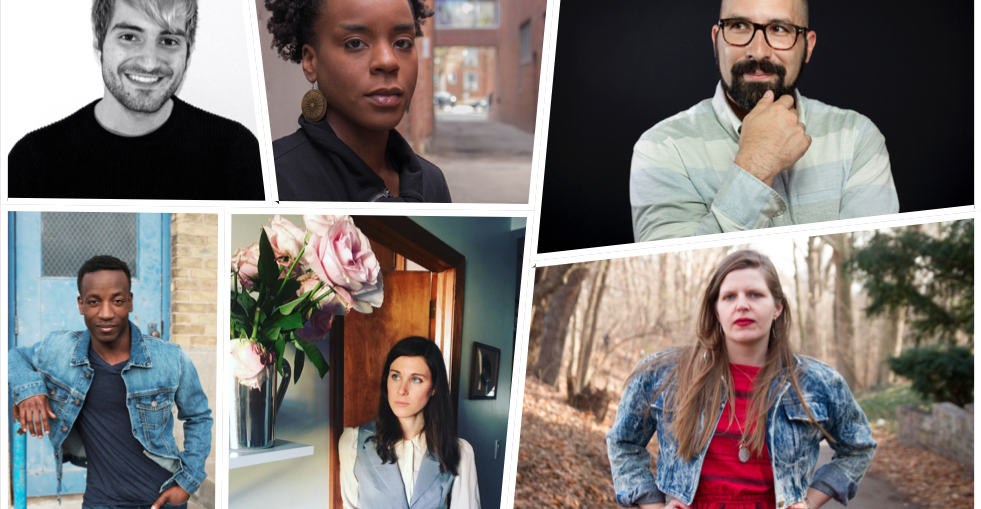 The fellowship recipients will each spend a year in residency in the Twin Cities, working closely in cooperation with the PWC’s artistic staff. They receive a $18,000 stipend, plus $2,000 in play development funds to workshop new plays with professional directors, dramaturgs, and actors. Many capitalize on the PWC’s connections and those of its staff, creating relationships that guide fellows to production opportunities, conferences, and competitions. As incoming Many Voices Fellow Haygen-Brice Walker noted, “The Playwrights’ Center is like Hogwarts for playwrights” – a career-changing opportunity for many.

Sofya Levitsky-Weitz is a theater and film artist originally from Los Angeles. A member of the Ensemble Studio Theatre’s Youngblood playwrights collective, Levitsky-Weitz’s work includes the plays this party sucks and Intuitive Men.

Casey Llewellyn is the author of O, Earth, a play whose Off Off Broadway run in 2016 was reviewed by the New York Times. Other works include I Am Bleeding All Over the Place: A Living History Tour (co-written with Brooke O’Harra); Existing Conditions (co-written with Claudia Rankine) and a stage adaptation of Chris Kraus’s I Love Dick.

Philana Imade Omorotionmwan is a playwright originally from Baton Rouge, Louisiana. Omorotionmwan’s plays include Before Evening Comes, Strong Face, Fireflies, and The Defiance of Dandelions.

Haygen-Brice Walker is a queer Puerto Rican-American playwright-producer born and raised in the American South. Walker is a co-founder of the production ON THE ROCKS in Philadelphia.

The Many Voices Mentorship provides a Minnesota-based beginning playwright of color with a $2,000 stipend and direct access to the Playwrights’ Center’s writing and play development services. This year’s recipient is Antonio Duke, a Twin Cities actor and playwright who plans to use the mentorship to explore his ancestral odyssey, using mythology to create stories that embody the black diaspora.

Duke has performed his solo pieces at Pillsbury House Theatre (as part of the Naked Stages Fellowship) and at the Guthrie Theater’s Solo Emerging Artist Celebration.