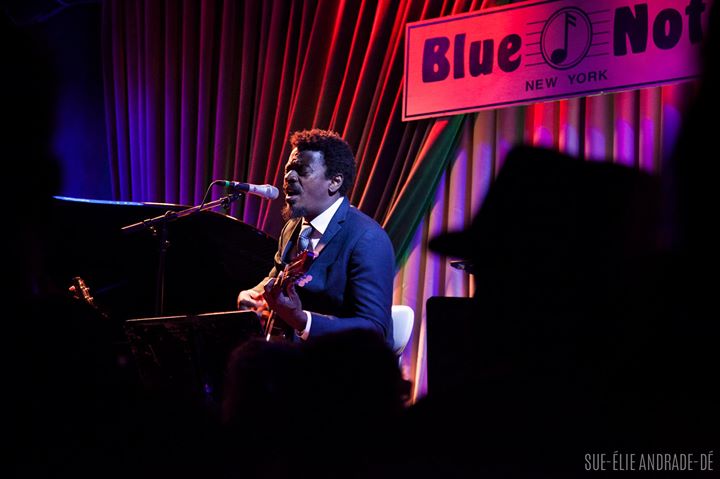 If you’ve set foot in a samba club in the last 10 years, you’ve probably heard some of the music of Seu Jorge. If you’ve seen the 2004 film The Life Aquatic with Steve Zissou or listened to Talib Kweli’s song “Favela Love”, you’ve definitely heard him sing. The Brazilian singer-songwriter and actor brings his slick vocals and heartstrumming music to the Pantages Theatre on August 24.

Seu Jorge’s life would make an interesting film in its own right. Born Jorge Mário da Silva, he was raised in the samba-filled environs of Rio de Janeiro, Brazil. As an adult, he spent several years homeless, singing on street corners. He was discovered there by the famous Brazilian clarinettist Paulo Moura, who invited him to audition for a musical. From there he joined the band Farofa Carioca, and released his first solo album, Samba Esporte Fino, in 2001. His eight solo albums have received international acclaim, and Seu Jorge has been credited with triggering an international revival of pop samba.

The songs that most American listeners will recognize Seu Jorge for are his Brazilian covers of David Bowie songs – featured in The Life Aquatic and a prominent part of that film’s soundtrack – and “Favela Love”. Listen to any of his albums and walk into a Brazilian dance club, though, and chances are you’d hear his music in remix. He was even a featured performer at the closing ceremonies of the 2012 London Olympics and a 2015 Latin Grammy nominee.

For his August 24 concert, Seu Jorge will be backed by a 4-piece Brazilian band and play music from his extensive hits catalog as well as classic Brazilian tunes. It’s a pulse-quickening sound cut with funk, samba, and David Bowie.

—
Seu Jorge performs one night only on August 24 at the Pantages Theatre in Minneapolis, MN.