Arun Velliangiri as Aman Khan and Ranjan Dumra as Appa in Bezubaan: The Voiceless.

The annual Minnesota Fringe Festival floods Minneapolis with an 11-day deluge of theatre, music, dance, spoken word, and sometimes something else. With more than 150 shows crammed into that period, it is physically impossible to see more than a third – although many diehard theatergoers wish they could.

A theatre critic’s schedule is always some combination of what should be covered, what must be covered, and what one wants to cover. To cover Fringe, the Twin Cities Arts Reader staff individually conduct extensive preshow research, poll street contacts, follow word-of-mouth, and otherwise seek out shows that are especially popular, resonant, controversial, or novel. Some of these shows get reviews; some pass without leaving any strong impression. A very small subset gets singled out for special recognition by our staff.

Here are the recipients of the Twin Cities Arts Reader‘s 2016 Fringe Awards: 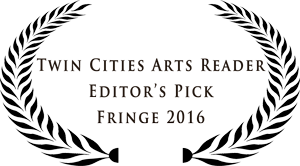 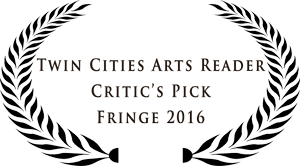 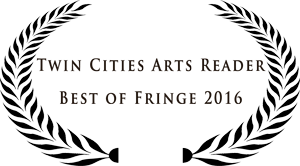