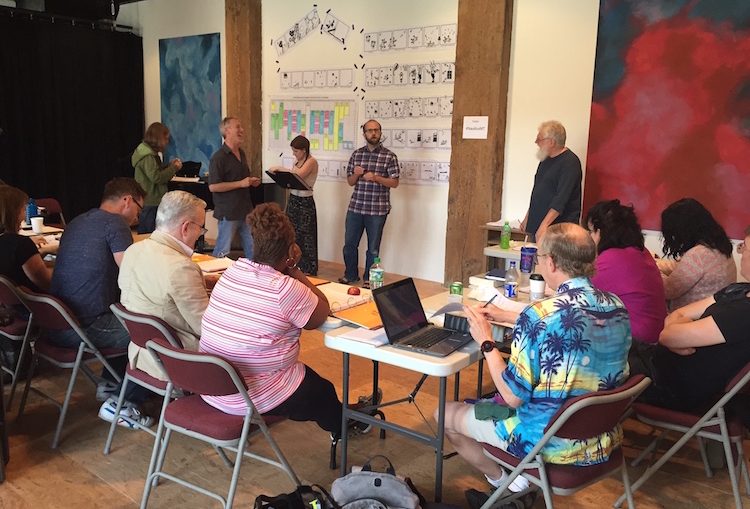 One of the most interesting parts of developing music-theatre is the point where the musical numbers are full-fledged, standalone songs. As a show moves through its development, concessions must be made to pacing, context, exposition, and other dramaturgical demands. By the time a fully written and refined show hits the stage, there are verses on the cutting room floor, choruses replaced by monologues, and entire songs whose reason for being has been removed, taking them with it. Some of these songs-in-progress can be heard in the latest version of Nautilus Music-Theater’s Rough Cuts series.

Lest the above sound like a collection of clunkers, consider this: the song “Bill” from Showboat (1927) was originally written by P.G. Wodehouse and Jerome Kern for another show, 1918’s Oh, Lady, Lady!! [sic]. In the course of the revisions, it was deemed dramatically unnecessary and cut…left to languish for almost a decade before Jerome Kern found a place for it in Showboat. Entire studio albums and revues have been constructed from songs cut in the development process. It turns out they’re magnificent standalone pieces, filled with the seeds from which a larger show is constructed. (The current Broadway darling Hamilton itself had 10-15 songs cut, depending on how you read the boundaries.)

The works being presented by Nautilus Music-Theater on Monday, June 20 and Tuesday, June 21 are a curated selection of works produced by participants in the organization’s Composer-Librettist Studio. The participants of this year’s studio are:

Those who want to hear the full selection of 25 songs can attend a marathon private performance at the Nautilus Music-Theater Studio in St. Paul today (3-6 PM) by emailing staff@nautilusmusictheater.org Sunday afternoon, 3:00-6:00. A curated selection will be presented in two shorter performances on Monday (6/20) and Tuesday (6/21), for which tickets are sold at the door.