You are here
Home > Arts > The Dean of American Musical Theatre 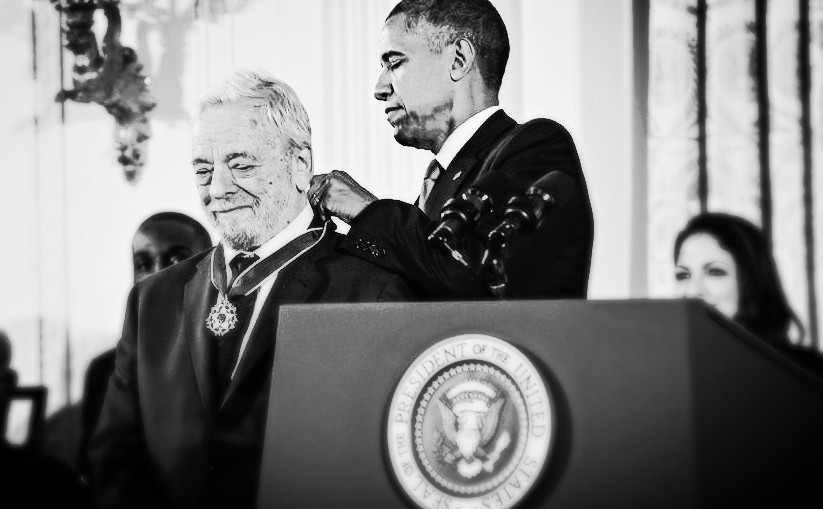 When Aaron Copland died in 1990, a flood of obituaries hailed the composer as the “Dean of American Music.” In the 25 years since his passing, no composer has picked up the reins; no successor has arisen whose music for the concert hall is popular, universally respected, and profoundly influential in driving our understanding of what is American music. There have been many composers who’ve created many great works, but no second Dean of American Music has been raised from the crowd.

Step into the theatre, however, and there is one such man: Stephen Sondheim. Sondheim, the composer of 23 musicals performed all across the world, has done more to influence sound and conception of American musical theatre than anyone else alive. He may not be the Dean of American Music, but he is unquestionably the Dean of American Musical Theatre. And, as of yesterday, he is a recipient of a Presidential Medal of Freedom.

In presenting the award, President Barack Obama credited Sondheim with advancing the musical theatre genre, saying “As a composer and a lyricist, and a genre unto himself, Sondheim challenges his audiences… His greatest hits aren’t tunes you can hum, they’re reflections on roads we didn’t take and wishes gone wrong.” The speech included several references to Sondheim’s songs and song lyrics, and his treatment of subjects with what Obama described as “Relationships so frayed and fractured, there’s nothing left to do but send in the clowns.”