You are here
Home > Arts > NEWS: Cantus and Chanticleer, VocalEssence and Bocelli, Sitting in a Tree, S-I-N-G-I-N-G 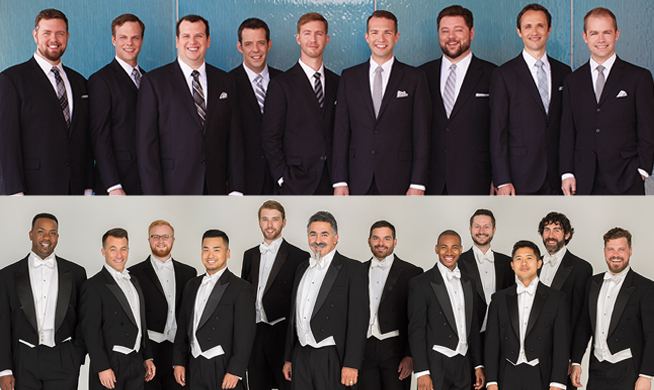 It’s a practiced, Hollywood-style reveal: the lights go down, leaving the star singer in an intimate pool of light – then BAM! lights up, and it’s a full choir singing! The crowd goes wild as the heavenly voices cry out. But where do these choirs come from?

When the Rolling Stones played in Boston’s TD Garden in 2013, “You Can’t Always Get What You Want” came with a special bit of getting: a full 24-voice choir, the better to match the sound of the London Bach Choir on the iconic 1969 Rolling Stones recording for Let it Bleed. But where do you find a professional-level choir that can manage an extended a capella section with lots of high Cs, while simultaneously hopping all around the world?

To answer this, the Rolling Stones’ management reached out to Boston University’s Marsh Chapel Choir. The only problem was that this was already the summer and the concert was fast approaching – giving Director Scott Jarrett just three weeks’ notice to make all the arrangements, round up a quorum of singers, and get them rehearsed at a time when most had already disappeared for summer break…while himself preparing the Charlotte Symphony and its chorus for their summer season. With the right help, you can still get what you want even if your rock stars have left things until the last moment. Note to would-be rock stars: It helps if you’re the Rolling Stones. Really. Don’t try this at home.

This particular Rolling Stones concert might not have been banned in Boston, but their namesake magazine managed to be. Performing with a live choir is too good an idea to leave behind, though – just ask the numerous choirs that sang in the Guthrie’s 2015 production of The Events, or the Twin Cities Community Gospel Choir, which appeared in Minneapolis Musical Theatre’s Leap of Faith. If you want to turn the volume up to 11, though, just look ahead to some upcoming collaborations between out-of-town artists and local choirs:

Explaining the collaboration, VocalEssence’s artistic director Philip Brunelle said, “I received a phone call from Bocelli’s agent in Chicago saying that he would be singing in Minneapolis and that they were told to call VocalEssence, as we were an outstanding singing group. We’re looking forward to sharing the stage with such a legendary voice.”