The Ordway Center for the Performing Arts announced today its 2017-2018 Musical Theater Series. This series will be sponsored by Bremer Bank and features four classic shows:

Jesus Christ Superstar, In the Heights, and Annie will be produced by the Ordway, whereas Kinky Boots will be touring productions. “We’re shaking things up this year by announcing our upcoming Musical Theater Series earlier than ever before,” said Jamie Grant, Ordway president and CEO. “We want to give our patrons more options—to subscribe earlier than ever before, be offered flexible payment plans, and have more holiday gift options for loved ones. 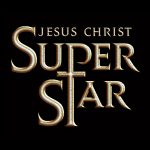 This groundbreaking, 1970 rock opera made quite a wave when a concept album hit British and American charts, making the show a hit a year before it actually opened on Broadway. Coming just one year after The Who’s rock opera Tommy, JCS is often ranked as one of the best musicals ever written by Andrew Lloyd Webber and Tim Rice. “I Don’t Know How to Love Him,” “Superstar, “Everything’s Alright,” and “Gethsemane (I Only Want to Say)” are just a few of the song standards that emerged from the show. 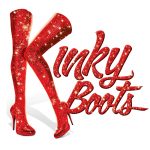 It seems made for Hollywood: A struggling small town, an audacious idea to save a small business, and gender-bending comedy colliding with social mores. It’s actually based on a real-life story of a British shoe manufacturer that tries reinventing itself making fetish boots – the titular kinky boots – and became a documentary, a feature film, and a Broadway musical that won Tony Awards for Best Musical, Best Original Score, and Best Choreography. 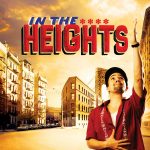 Before Hamilton was a glimmer in the public’s eye and the darling of Broadway, actor-composer-lyricist Lin-Manuel Miranda wrote and starred in another hit musical called In the Heights. The title refers to New York City’s Washington Heights, then a heavily Dominican-American neighborhood, where much of the action is set. The cast album earned a Grammy Award, while the show raked in money faster than its big-budget competition from The Little Mermaid, becoming one of the most profitable musicals of its run. 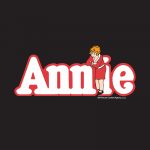 This orphan tale needs little introduction, thanks to an iconic film adaptation of the musical based on a Great Depression-era comic strip. No less than two attempts at writing sequels (Annie 2: Miss Hannigan’s Revenge and Annie Warbucks) ran afoul of audiences simply liking the original more. “It’s a Hard Knock Life” for sequels to megahits…