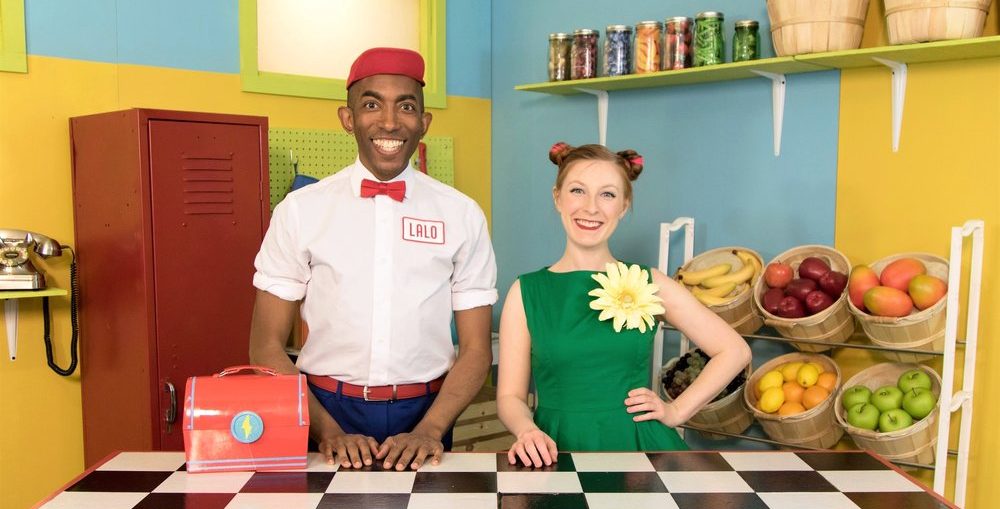 Lalo (Ed Jenkins) and Daisy (Boo Segersin) on the set of Lalo’s Lunchbox.

The Slow Food movement is now 30 years old. In 1986, Carlo Petrini rallied the citizens of Rome against a proposed McDonalds near the Spanish steps, promoting traditional cuisine, local sourcing, and enjoying the art of preparing and sedately consuming food. In 1989, the movement coalesced with the Slow Food Manifesto, attracting passionate adherents across the globe. These successes, however, have been decidedly mixed.

Over the last three decades, obesity rates have more than doubled across the globe. In the United States, knowledge of basic cooking skills has plummeted – to the point that many teenagers and 20-somethings define “cooking” proficiency as being able to heat up food in a microwave. More than 1 in 4 teenagers state that they do not know how to cook, even by the criteria of basic toaster and microwave use; thus, fast food and pre-packaged food consumption have continued to rise globally despite many Michael Pollan bestsellers. The problem – and, many argue, the solution – starts young.

Getting children interested in the food-making process is something that St. Paul resident Ed Jenkins is very much on board with. Jenkins has been working for the last 4 years to build food awareness from the ground up, using presentations, cooking classes, performances, and more. Now, he’s cooking things up in another medium, using the online video series Lalo’s Lunchbox.

Lalo’s Lunchbox stars Jenkins as Lalo, a sandwich maker whose magic lunchbox can create unlimited amounts of food. In one string of episodes, for example, the lunchbox starts spouting bananas – leading to a demonstration of making peanut butter banana wraps, a trip to the Como Conservatory to learn about banana plants, and a few lessons about helping people along the way.

“I want to teach kids about good food and doing good deeds,” noted Jenkins in an interview. “I like to see food as a tool to communicate with and empower kids to do good things.”

Lalo’s Lunchbox has an attractive, easy-going feel that channels elements of Mister Rogers’ Neighborhood and Pee-wee’s Playhouse – two shows that Jenkins cites as key influences. Visually distinctive and light in character, it draws on a palette of bright primary colors and mixes visual gags with a touch of the fantastic. As Jenkins put it, the show looks and feels modern, but with a retro vibe. New episodes are made available online), split into several bite-sized videos of 3-5 minutes’ each.

The title character, Lalo, began life as a clown played by Jenkins. When the trained actor (Jenkins holds a BFA in Acting from the University of Wisconsin-Milwaukee) decided to tackle food education, he dusted off the character and updated him for a new mission. “I love getting families and kids excited about things,” Jenkins said. “[I love] that Lalo’s Lunchbox brings laughter and that families are learning together, and that they enjoy working with food in their homes.”

Ed Jenkins will perform and present about food at the St. Paul Farmer’s Market on July 30, August 13, and September 3 at 9:30 AM and 11 AM. He will also perform at the Mississippi Market Food Co-op with another show character on August 26.