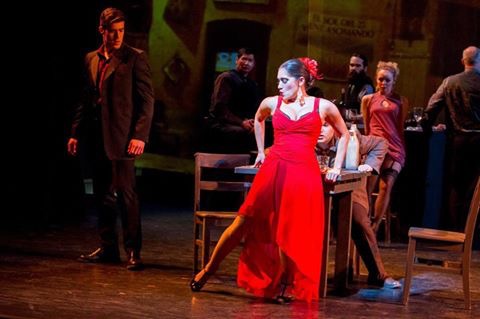 Mill City Summer Opera’s upcoming María de Buenos Aires was written by Astor Piazzola, one of the most renown tango composers of the 20th Century. If that seems an odd pedigree for an opera composer, it is also a rather limited way of looking at Piazzola’s expansive career. Yes, he did compose hundreds of tangos. He also studied classical music composition with Nadia Boulanger and wrote numerous film scores, orchestral pieces, and the odd piece for the Kronos Quartet.

Piazzola’s work popularized the use of Western orchestral instruments like the saxophone in Argentinian tango, while also introducing counterpoint and advanced tonal harmonies to generations of nuevo tango composers. That Piazzola’s tangos continue to amass millions of views and listens on YouTube is practically icing on the cake – his classical and popular music both continue to be performed extensively.

Listen to María de Buenos Aires and the use of tango is unmistakable – as is the use of the bandoneón, a concertina instrument now inextricably associated with the genre. Before World War 2 broke out, tens of thousands were shipped annually from Germany to Uruguay and Argentina – and its use remains so prevalent today that a closet instrument manufacturing industry has sprung up. Piazzola was a skilled bandoneón player and used it frequently in his compositions; unsurprisingly, it has a prominent role in what the composer called his operita (little opera).

The narrative of María de Buenos Aires is a surrealist tale and better experienced than explained. The titular María is a prostitute in – you guessed it – Buenos Aires, played by Catalina Cuervo. Cuervo is one of the world’s most active interpreters of this role, having performed it with six different companies in as many years. Through an odd series of events narrated by a duende – a goblin-like creature – María dies, returns to the world of the living, and gives birth. Along the way, tango sings a seductive, plot-critical siren call.

With renovations and conservation work under way at the Mill City Ruins, Mill City Summer Opera moves temporarily this year to the Machine Shop in Northeast Minneapolis. The interior space will feature an hour of open-floor, pre-show tango dancing; 90 minutes for the opera; and an afterparty with more tango.