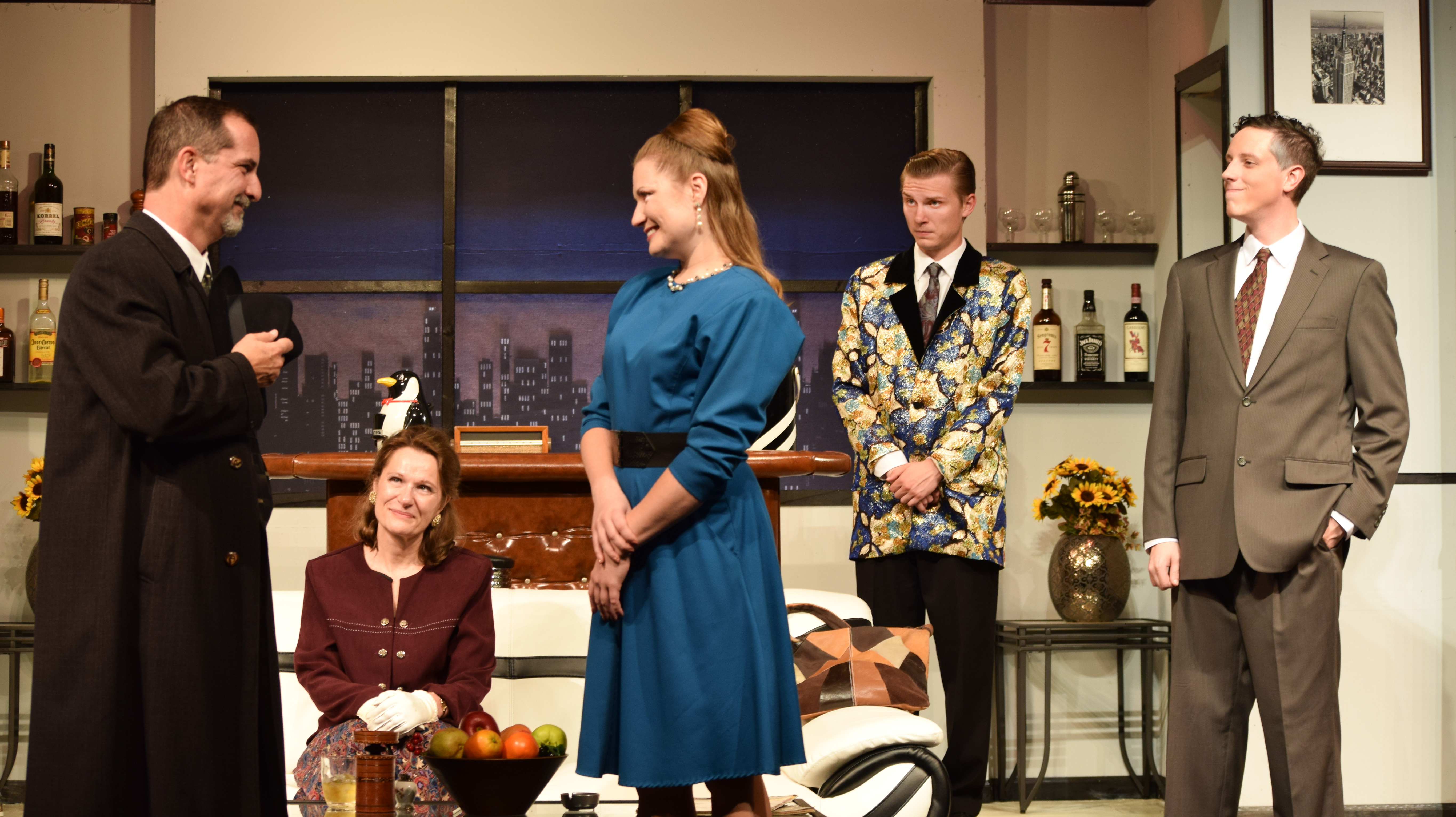 There are so many Neil Simon plays in the repertory that you might not realize that the playwright is still among the living. Simon, 90, has been happily retired since 2004, following 56 years of writing overall and 46 years of playwriting. Among his many distinctions and accolades are 17 Tony Award nominations and 3 Tony wins, the Pulitzer Prize for Drama, and having four simultaneous hits playing on Broadway (Sweet Charity, The Star-Spangled Girl, The Odd Couple, and Barefoot in the Park). He even has a theatre named after him – Broadway’s Alvin Theatre was renamed the Neil Simon Theatre in 1983 when it hosted the premiere of his play Brighton Beach Memoirs.

Some 13 years into retirement, Simon remains one of the best-known and most-produced playwrights in the United States. You might think that he’d have written a few real turkeys before hitting his stride, but the truth is the opposite: Simon’s first play, Come Blow Your Horn, was an immediate hit on Broadway when it opened on February 22, 1961. After just one preview, the show ran for an extraordinary 677 performances.

The Story behind the Story

Neil Simon (b. 1927) grew up in Depression-era New York City. At different times, the young Neil lived and frequented the Bronx, Washington Heights, and Forest Hills neighborhoods. These were some of the most diverse areas of the city, with new waves of immigration constantly rewriting the demographics. The areas’ numerous and inexpensive movie theatres glued the neighborhoods together, creating a communal sanctuary and melting pot that gave a sense of shared experience and culture. As a child, Simon consumed a steady diet of film comedies starring Charlie Chaplin, Buster Keaton, Laurel and Hardy, and others, and soon decided that he wanted to be a writer.

In addition to frequenting the movie theatres, Simon spent many afternoons in high school at the library, reading works by America’s greatest humorists. His earliest paid writing gigs were writing sketch comedy scripts for a local department store and for comedians, many co-written with his brother Danny.

At the tail end of World War 2, Simon joined the Army Air Force Reserve, continuing to write in his spare time. When he mustered out, his brother – then a publicity writer at Warner Brothers – got him a job in the mail room in 1948. From these positions of gainful employment, the two wrote and pitched TV and radio scripts until Neil felt confident enough to quit his day job in 1950.

Within a few years, Neil Simon was being called one of the busiest writers in American television, working alongside future luminaries such as Mel Brooks. His success on television was both critical and commercial, culminating in 1957 Emmy Award for Your Show of Shows. Still, Simon found himself missing the long-form writing that had fascinated him in his youth, and he looked to the stage to provide that outlet.

The narrative of Come Blow Your Horn mixes a common Hollywood theme with old-fashioned family drama for comic effect. The Hollywood theme is the studio-old question: does lots of sex and a playboy lifestyle lead to happiness, or to emptiness? The family drama was patterned after Simon’s own life; as he acknowledged in an interview (below), most of the major characters were directly modeled after his own family. Protagonist Buddy Baker encapsulates much of the longing and sibling imitation aspirations of Neil Simon’s younger self; the playboy Alan Baker was modeled after Neil’s brother Danny, whom he idolized; and the parents Mr. and Mrs. Baker were modeled after their own parents.

A machine-gun volley of gags.

Much of the play’s comedy comes from the small ways that family members nettle and poke at each other, a vein of humor refined in roughly 20 rewrites of the play. Fans of The Odd Couple will recognize the seeds of one of that play’s protagonists in Come Blow Your Horn. Similar autobiographical threads also run through Simon’s Biloxi Blues, Brighton Beach Memoirs, and Broadway Bound, which form a thematically connected autobiographical quartet.

At the time of its premiere, Come Blow Your Horn had taken more time and attention than any of Neil Simon’s written works to date. The result is a rare gem: a first play that stands on its own, speaks with a mature voice, and has a timeless humor to it. Paramount Films was so interested that the studio paid a $100,000 advance for movie rights before the play even opened. The New York Times‘ Howard Taubman called it “A slick, lively, funny comedy,” praising its “hilarious moments rooted in character.”

Had Come Blow Your Horn been Simon’s only work, it would doubtless have entered the repertoire. As the first of 34 plays and musicals that he wrote, it is less-performed for two main reasons:

The 1963 film adaptation of Come Blow Your Horn was one of the top-grossing films of the year and an early video rental hit. It is a very different animal than the stage play, transformed into a star vehicle for Frank Sinatra; despite its success, the New York Times called it a pale shadow of its stage cousin.

A rare stage production of Come Blow Your Horn is currently playing at the St. Croix Off Broadway Dinner Theatre in Hudson, WI. This production is directed by James A. Zimmerman and runs through October 28.