You are here
Home > Arts > REVIEW: Doo Wop You Will in <em>Life Could Be a Dream</em> (Old Log Theatre) 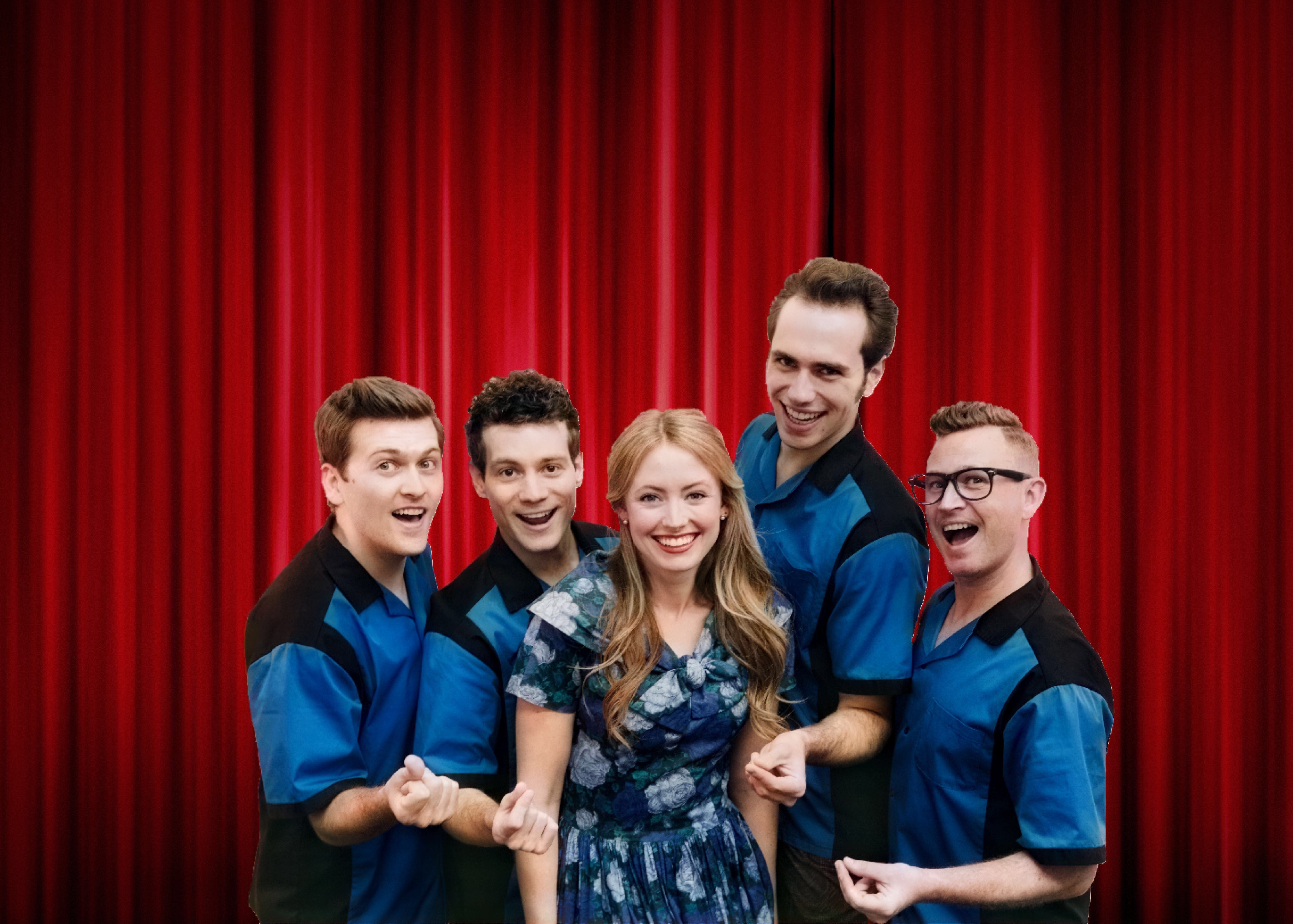 The cast of the Old Log Theatre’s production of Life Could Be a Dream. From left to right: Austin Stole, Lucas Wells, Grace Lowe, Eric Sargent, Brian Winter.

Those oldies but goodies remind me of you.
The songs of the past bring back memories of you.
I always remember the first night we met,
The songs they were playing I never will forget.

–Little Caesar & the Romans, “Those Oldies But Goodies“

You know exactly what you’ll get with an oldie but goodie. This is largely true of jukebox musicals, which present (mostly) classic songs with a thin veneer of plot serving to connect the dots. The expectation is absolutely true of Life Could Be A Dream, now playing at the Old Log Theatre – especially since the theatre in Excelsior did this show back in 2015, with 40% of the same cast. Not that that’s a bad thing.

Life Could Be a Dream is a musical celebrating doo-wop songs, multipart doo wop harmonies, and the effusive expression and highly choreographed dancing that went with them. The show wears its heart on its sleeve, as do most of the characters. The sound is great, the music nostalgic, and the show doesn’t really take any moments to slow. Brian Winter and Lucas Wells return from the 2015 cast; Grace Lowe, Eric Sargent, and Austin Stole are the new faces in the (usually) smiling lineup.

Any sort of “putting together the band” or “winning the competition” show has a necessary buildup before the band’s complete. In Life Could Be a Dream, the show gets a huge shot in the arm when Grace Lowe and Eric Sargent are injected into the mix halfway through the first act. Sargent excelled as Johnny Cash in the Old Log’s Million Dollar Quartet, and his rich vocals and commanding stage presence are just as well-used here.

One thing that Million Dollar Quartet did not have going for it was how little the script and score used its female talent onstage. While Life Could Be a Dream‘s script places the main narrative on the gent’s shoulders, its score makes much more use of Lowe’s ample vocal talents.

The dynamically lit set designed by Erik Paulson is almost a co-star in the show, with waves of rippling panel lights synced to the music and adding to the period nostalgia. Most of the time, you’ll just be luxuriating in the lush sounds of 3-5-part doo wop harmonies or marveling at the falsetto tones that sometimes emerge from these gents’ mouths (Brian Winter’s are particularly noteworthy). The high-energy “Mama don’t allow it” is an early showstopper, with the cast literally bouncing around and rattling all sorts of sonic Chekov’s guns in the set. Also of particular noteworthiness are the medley “Devil or Angel / Earth Angel / Only You”, “Duke of Earl”, and the finale sequence.

The vocal ensemble is quite talented, with each of the gents displaying an impressive range and flexibility as they pop from featured vocals to rhythm and harmonies. They’re backed by a popping quartet led by musical director-pianist Adam Baus; the quartet powers through high-energy rendition after high-energy rendition, maintaining a strong sense of momentum even when the tempo of the songs and the plot slows. The a cappella competition songs in the show’s eleventh hour are well worth the wait.

Life Could Be A Dream plays through February 17, 2018 at the Old Log Theatre in Excelsior, MN.