You are here
Home > Arts > PREVIEW: <em>Five Fifths of the Matrix</em> Runs Down the Rabbit Hole (Minnesota Fringe) 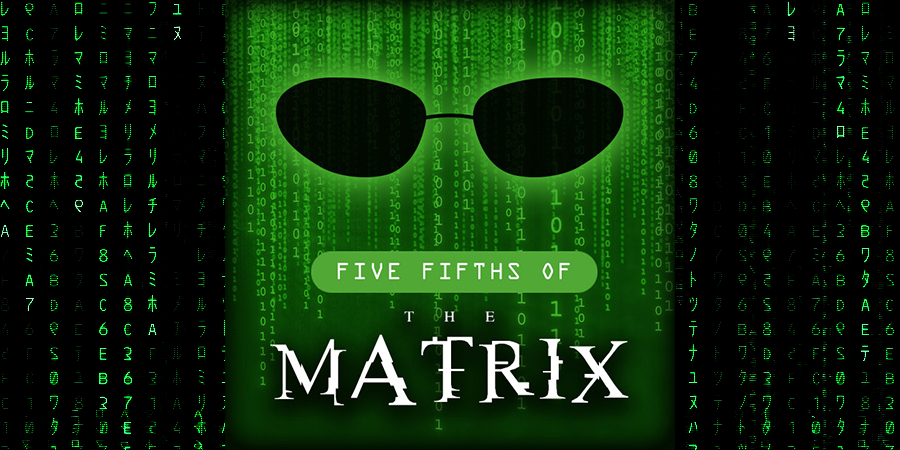 A promotional image for Five Fifths of The Matrix.

On Monday, May 7, the Minnesota Fringe Festival rings in its approaching silver anniversary with the latest installment of its annual Five Fifths fundraiser. Each year, the festival selects a new movie to parody and riff on; this year, executive director Dawn Bentley has apparently taken the red pill, because the Five Fifths is heading down the rabbit hole and into the Matrix.

Five Fifths of The Matrix will feature performances by five local ensembles, each given roughly 20% of the movie to interpret, enact, and otherwise bring to life. This year, they are Sandbox SwingSet (a branch of Sandbox Theatre), Mainly Me Productions, Bollywood Dance Scene, Transatlantic Love Affair, and Vox Medusa.

It wouldn’t be a Fringe Festival event without some sort of pop culture parody, and this one is sure to have plenty of the excess that makes these parodies delightful. After all, the fundraiser is going down in Aria, the one-time home of Theatre de la Jeune Lune. Sandbox Swingset is bringing aerialists to the party, TLA is bringing their trademark sets built out of bodies and kinetically infused storytelling, Bollywood Dance Scene is sure to have a few big production numbers, and Vox Medusa is certainly going to set something on fire. Mainly Me Productions is probably not going to put on a freaking kids’ show this time around the block, but it would be a crime if their excerpt didn’t feature at least one Booth.

As Isabel Nelson, the artistic director of Transatlantic Love Affair, stated, “We’re grateful for the space and support the Fringe provides to artists to try something new and different, and continue to be inspired by the warmth, generosity, and adventurousness of the whole Fringe community.”

—
Five Fifths of The Matrix plays at Aria in downtown Minneapolis on May 7. Tickets: $45 in advance, $55 at the door.