You are here
Home > Arts > INTERVIEW: Mike Birbiglia on <em>The New One</em> and Opting Out of Winter 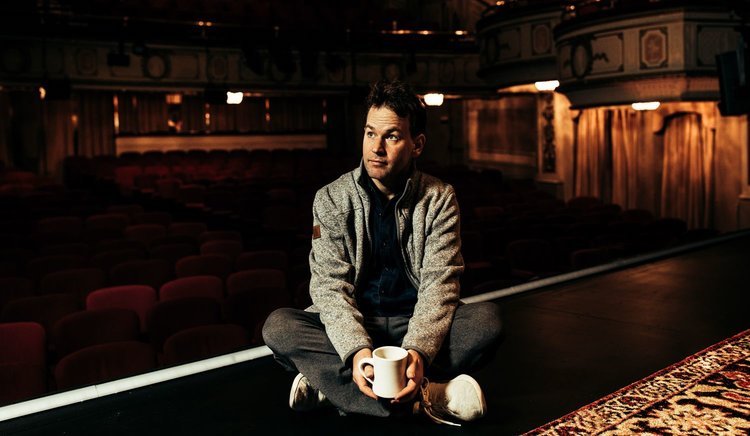 Comedian Mike Birbiglia, who performs at the Ordway Center for the Performing Arts in St. Paul from Oct. 17-19.

When reviewing comedian Mike Birbiglia’s latest solo show The New One, the New York Times’ Ben Brantley decided to wax poetic. “Mr. Birbiglia’s voice,” he wrote, “becomes a low, wraparound, pleasure-drenched caress. This somnolent sound makes you feel both relaxed and attentive, drowsy and giddy. And somehow an expensive night with a lone comedian starts to feel like a better bargain than bingeing and chilling at home.”

For those who follow New York theatre reviews, this sort of ebullient praise is an uncommon thing from Ben Brantley’s pen – especially since this is not a large-cast Broadway musical, but that very rare beast: a solo comedy show playing on Broadway. Wondering what inspired that praise? You can find out later this week, when Birbiglia takes his show to the Ordway in St. Paul for a four-show run.

It’s been a decade since Birbiglia’s solo show Sleepwalk with Me rocketed to success during an Off-Broadway run. That success spun into a book that hit made the New York Times Bestseller List, followed by an album that topped the Billboard Comedy Chart. Then came a movie, assorted film and TV appearances (including two seasons on Orange Is the New Black), and, in 2011, a second solo show entitled My Girlfriend’s Boyfriend. That show went Off Broadway and then around the world for a few years before Birbiglia set to work on a film about a fictional improv troupe entitled Don’t Think Twice. One Netflix comedy special later, Birbiglia started work on a third solo show entitled The New One. This 2017 show – about, among other things, adventures in parenting – toured around the country before landing Off-Broadway for what was supposed to be a 1-week run. One month later, the show finally closed, only to re-open on Broadway for a 3-month engagement. It’s this show – always evolving, constantly updating – that Birbiglia brings to the Ordway this week.

Birbiglia spoke with Basil Considine about his upcoming show, well-intentioned passive-aggressive messages from fans, and making it onto This American Life. 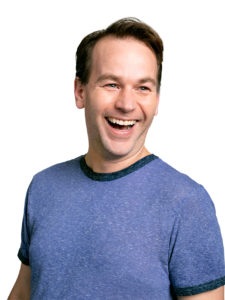 You started touring The New One back in 2017. It’s now October 2019 and you’ve taken the show around the country and to Broadway. Is this show’s content pretty much set at this point, or does it continue to evolve?

It evolves forever at this point. It’s a living thing. I mean, I’m joking…but also not really – like, if I reprised the show 10 years from now, I’d probably continue to revise it. But that said, these are the final two tour cities.

One thing I should note is that when I would announce tour cities in 2017 of where the show was going, I would always get these massive complaints – that were very sweetly intended – on social media from people in the Twin Cities, asking why your cities weren’t on the list. And I would always have to say sort of cryptic things in reply like, “I got you covered,” or “Don’t worry, because I have a bigger plan for you,” or whatever it was. But I always had in mind that I was going to do something really big in the Twin Cities. And I am. I’ve delivered for the people of Minnesota, which is why I’m running for governor.

I’ve heard your production process described as “tour a show, refine it in one place, then record it as comedy special.” Is this a description that you find true-to-life? How do you approach a recorded performance versus a “normal” live show?

Literally, to this very day, I just got back from Charlotte, North Carolina, and Washington, DC, and I’m still making changes. It’s madness, really.

I’ve spoken with a number of New York-based performers who cite you as an important inspiration and mentor figure. How much time do you actually spend in New York these days?

Oh, I actually spend quite a bit of time in New York. I would say the majority of my time is with my wife and daughter in Brooklyn. And, yeah, Chris Gethard is someone who would come out on the road with me a bunch of times. John Mulaney would come out with me for a lot of time years ago. Jacqueline Novak came out on the last tour and now she has a hit Off-Broadway show.

You’re heading to Los Angeles for a month-long run of your show after you play the Twin Cities. Just how cold do you think St. Paul is in October, that you need a whole month in southern California to recover?

That’s really funny. I will say there was one time, I think it was January or February, when I played Minneapolis followed by Fargo. I was with my brother Joe and we made the mistake of driving from Minneapolis to Fargo…and we were snowed in, meaning that there was so much snow on the road that I would, without exaggeration, say that there must have been four or five cars along the way in snowbanks.

Of course we didn’t stop – we had a show to do. So we kept speculating about this massive storm – the biggest storm we’d ever seen – about how when we got to Fargo there would probably be wall to wall news coverage of this legendary snowstorm that we’d just traveled through. So we turn on the TV at the hotel and there’s literally no mention of it on the local news. And that’s when I realized we’d never go to the Twin Cities during the winter again.

Many public radio listeners know your work through This American Life. How did you first become a contributor to that show? What’s the process like now when you get invited to return?

It was originally through recording my sleepwalking story which became part of my first show and my movie with Ira Glass, which were both called Sleepwalk With Me. That was a story that I performed for This American Life. I had been a fan of Ira Glass and This American Life for so many years and I thought what a dream that would be to have anything on that show at all. And then I asked my friend Catherine Burns at The Moth to submit it and she did, which was very generous of her, and I’ve since done about 10 or 11 pieces on the show and working with Ira has been one of the most gratifying professional experiences I’ve ever had, because his work is second to none.

Ira really demands a level of quality that I’ve never encountered. These days, it’s more like I don’t submit stuff, but Ira generally weighs in on a lot of my work and gives notes, and I think whenever he sees something that might fit with a theme that they’re working on on the show, he mentions it to me. And that’s sort of how it happens these days.

You wrote a New York Times piece with advice about taking a solo show to Broadway. How did that piece come about?

Originally, I had done a piece called Six Tips for Making it Small in Hollywood, which is a play on words about how I’d made an independent low budget film called Don’t Think Twice. And it’s sort of about not making it big in Hollywood but about making it small in Hollywood and I think a lot of people shared that piece online.

I would be remiss if I didn’t mention that when Don’t Think Twice came out, I actually toured improv theaters around the country and did free workshops with Liz Allen who coached the fictional improv team in the movie. Two of the theaters that we did workshops with were HUGE Improv Theater and Brave New Workshop. I was so incredibly impressed by the talent and the sweetness and the kindness of the improvisers of those theaters. So, between those theaters and my experience with Minnesota Public Radio, I feel very at home when I’m in Minnesota.

Mike Birbiglia performs his solo show The New One from Oct. 17-19 at the Ordway Center for the Performing Arts in St. Paul, MN.