Matt Crowle (center-left) as Thénardier and Christina Rose Hall (center) as Madame Thénardier in the national tour of Les Misérables, which opens Tuesday at the Orpheum Theatre in Minneapolis. Photo by Matthew Murphy & Evan Zimmerman for MurphyMade.

Victor Hugo’s novel Les Misérables is often ranked as one of the greatest novels of the 19th century – and, often, one of the greatest novels of all time. Long before radios and motion pictures, and well before multi-part franchises like Star Wars and the Marvel Cinematic Universe, crowds of working men and women gathered to listen to public and private readings of the latest pages for this epic-length novel.

How long is epic length? So long that in its original, serialized format, it took 10 installments to complete. Those 10 installments added up to 5 volumes, containing 48 “books”, 365 chapters, and 1,462 pages. Its 655,478 words were so popular that the Parisian police were deployed to stop eager readers from storming the bookstores when new installments were released – and its message of revolution against oppression so powerful that its passages were yelled during the 1870 revolution that toppled the rulers of France’s Second Empire. Such is the source material for the megamusical Les Misérables, whose national tour arrives at the Orpheum Theatre in Minneapolis for a December 6-18 run.

The world of Les Misérables is one of a country swept up in change, where the poor get poorer and the wealthy try to consolidate their gains at public expense. The criminal justice system is broken, punitive, and rife with more profiteering than rehabilitation. Politicians’ broken promises are rife, and scammers everywhere try to trick the honest out of their hard-earned money.

Victor Hugo’s novel spans from the Battle of Waterloo in 1815 to the failed Parisian Revolution of 1832 (of the famous barricades), but the social critique could just as easily fall on many governments today. It’s not for nothing that many younger protesters took to the streets of Minneapolis in 2020 quoting the musical, referencing it on social media, and singing its songs.

If one-note villains are a problem in modern cinema, not so in Les Misérables. Its characters’ back stories are sketched out in astounding detail, often crossing generational lines – and so both readers and theatre audiences follow one of its most colorful antagonists, Monsieur Thénardier, through his own reinvention from scam to scam – somehow managing to become both worse and funnier in the process. In the national tour of Les Misérables, Thénardier is played by Chicago actor Matt Crowle, who spoke with the Arts Reader’s Basil Considine about settling into this scene-stealing villain. 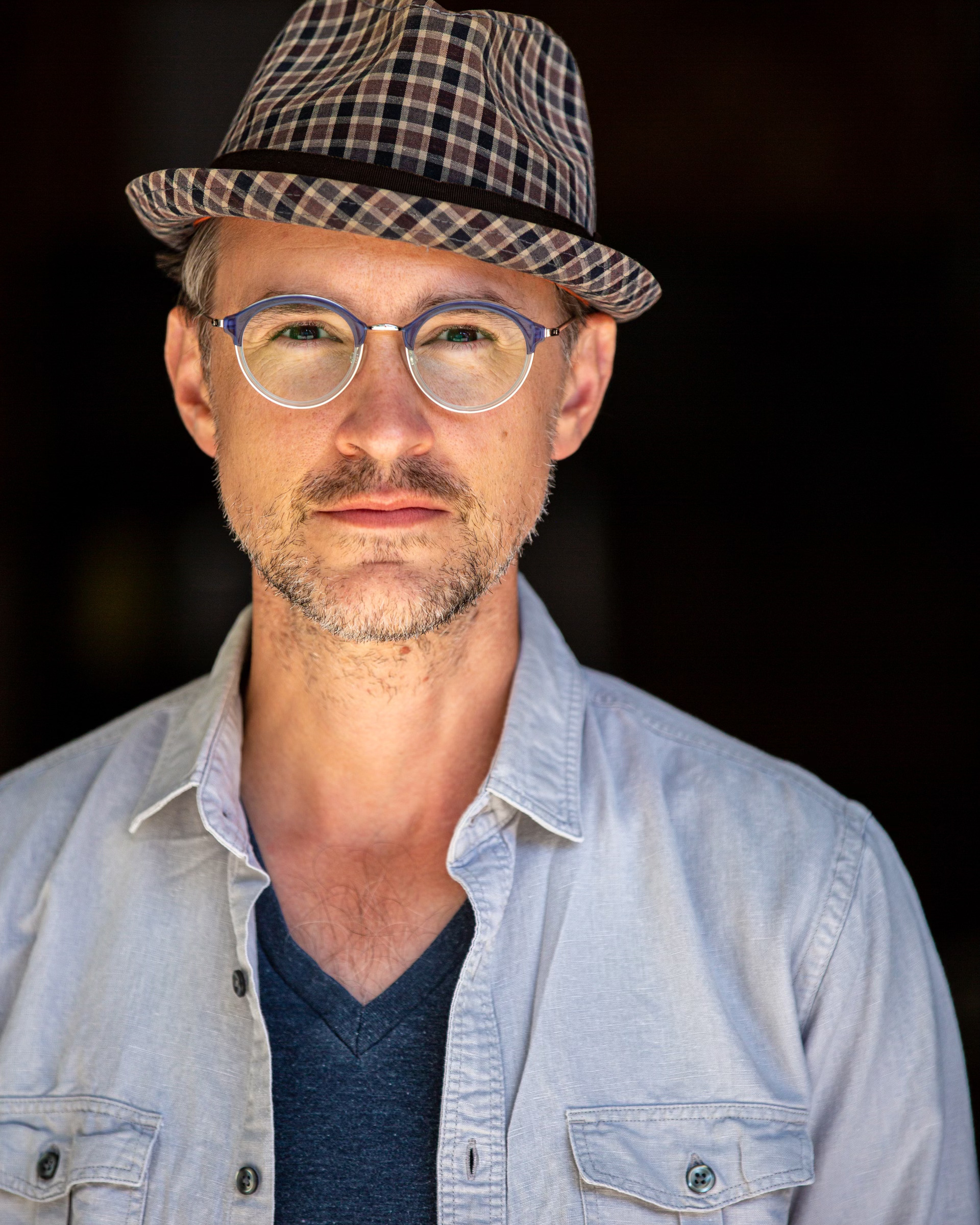 When and how did you first encounter Les Misérables?

My first mentor, David Sly, took me to see the national tour of Les Misérables in 1997 in Kalamazoo, Michigan. It was one of his favorite musicals and it was the most grand and stunning evening of theatre I had ever had at that point in my life.

How long have you been on the current tour?

I’ve been with the production since late August, when we started rehearsals in New York City. And we’ve been touring since we opening in Cleveland in early October.

Any favorite stops or tour-related events so far?

It’s still pretty early, but I very much enjoyed Providence. I’m a seafood fanatic, and Providence did not disappoint. My cast mate Benjamin Moore and I had, at Hemenway’s, what I can only describe as the greatest plate of lobster mac and cheese on the planet. No exaggeration. I suppose one might argue that you can find it’s equal somewhere, but you will never find better.

Monsieur Thénardier is an unforgettable character in both the musical and the source novel. Stepping into this role, how did you begin approaching it?

I started my career as a dancer and have always been fascinated by how people move through space. Finding a physical vocabulary for a character leads me to their inner workings and, subsequently, their voice. I drew a great deal of inspiration from Victor Hugo’s original depiction of Thenardier, which was a treasure trove. Picking through his novel, I found descriptions he used like “puny” and “rickety” and “angular.” He essentially painted him as a human ferret. It was wildly informative. From the first day of rehearsal, I worked to incorporate and inhabit these almost feral qualities. The more I absorbed them, the more informed I became in my interactions with the other characters and, eventually, I found a scratchy, vermin-like voice.

Thénardier was a small, thin, pale, angular, bony, feeble man, who had a sickly air and who was wonderfully healthy. His cunning began here; he smiled habitually, by way of precaution, and was almost polite to everybody, even to the beggar to whom he refused half a farthing. He had the glance of a polecat and the bearing of a man of letters. He greatly resembled the portraits of the Abbé Delille. His coquetry consisted in drinking with the carters. No one had ever succeeded in rendering him drunk. He smoked a big pipe. He wore a blouse, and under his blouse an old black coat. He made pretensions to literature and to materialism. There were certain names which he often pronounced to support whatever things he might be saying⁠—Voltaire, Raynal, Parny, and, singularly enough, Saint Augustine. He declared that he had “a system.” In addition, he was a great swindler. A filousophe, a scientific thief. The species does exist.

Has the portrayal evolved significantly from the early rehearsals to what we’ll see in Minneapolis?

Oh, most definitely. The raw materials I started with were mined and distilled through a great deal of collaboration and confluence with the creative team. In rehearsals, I approach scenes from as many angles as I can possibly find, even if it ends up feeling awkward or downright weird. Giving a director options is so much fun, because I never know what might strike them as our best choice.

Taking huge swings is my favorite part of the entire process. And through that process, we collectively found a very new and very unique Thénardier. Every night, when we get to the scene in the Thénardier Inn, I feel like a 5-year-old in a sandbox. It’s too much fun!

You’re an award-winning actor who’s been doing this for a while – what are some words of advice that you’d give to young actors considering this career?

I would say that the most important reason to get into this business is because you love it. Love is crucial. Because that love will be tested. It absolutely will. And when it is, that love needs to precipitate resilience. Resilience has to be one of the strongest tools in your kit. It will pull you through rejection, it will see you through dry spells. Love and resilience. Preserve your love, and build your resilience. That’s my first piece of advice.

My other piece of advice is to know that your early career is generally going to be understudying. Be prepared to have the goods for the role and to tap dance in the chorus. The first 10-ish years of my career were understudying. It’s very hard work, but if you approach it with humility and treat it as an opportunity to thoroughly observe and learn from other actors, you will grow.

So much of the best education I received was by sitting on the sidelines and watching brilliant, seasoned pros work their magic.

You’ve done a lot of regional theatre in addition to several national tours and performing on Broadway. Besides the normal ebb and flow of auditions, how do you manage these different professional directions?

I see it all as one professional direction: Forward. I’ve worked very hard for 20 years as a professional actor. However, that is not to say that I’ve always had paying work. There have been plenty of lean years, both financially and artistically. In those years, I have had to dig deep and ask myself, “Is this still REALLY what you want to do?” And the answer has always been, “Yup.”

Then, the question is, “Ok, then how are you gonna get the next job?” And the answer is always, “Pound the hell out of that pavement, Crowle.”

Is there a “perfect” amount of time to be away from the Chicago area before you want to go back?

There’s definitely no “perfect” amount of time. The hardest part of touring, for me, is managing the homesickness. I have a wife and 2 goofy dogs who are the light of my life. I miss them every day.

When this job offer came through, there was a lot of logistical planning because I try to see Erin, my wife, as much as I can. But the transient nature of this gig proves to make visits challenging. I love traveling, but I’m also a homebody. So I’m still finding my footing.

In addition to acting, you also direct and choreograph shows. Do you get to exercise those professional aspects while you are on tour?

No, not really at this point. But I’m staying plenty busy with this show, so I’m not feeling like I’m without artistic inspiration or traction. When I diversified my career by expanding into directing and choreographing, it started opening new, exciting and challenging doors. But performing has always been my first love, so I’m happy as a clam to be focusing, eight times a week, on pouring my all into this wild character.

What’s next for you after Les Misérables?

I have no idea. That’s the one constant in this business; there’s always an abyss waiting for you. It’s all in how you approach it that defines how you’re going to persevere. Over the years, I’ve learned to look at the unknown as an opportunity.
—