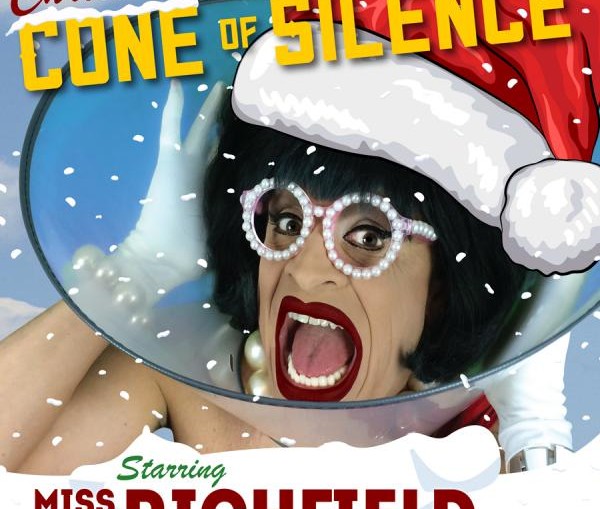 One of Miss Richfield 1981’s jokes in her current show is that there’s a new title and a new set, but all the jokes remain the same. There’s a kernel of truth there, but the drag comedian’s holiday show is still funny, fresh, and out of this world hilarious. This may be the 16th installment of this now annual tradition, but Miss Richfield keeps delivering and new viewers and annual returnees keep laughing it up.

The theme of this year’s installment is Christmas Cone of Silence, which is used as an excuse for some visual gags (guess) and putting first-time attendees (show virgins, if you will) on the spot and under the spotlight. What can you expect? There will be a lot of jokes about regional rivalries and local towns, some offbeat “educational” videos, a great quantity of improvised humor, and tongue-in-cheek singalongs. There will also be vaudevillean sight gags, playing a musical saw, and more jokes than you can shake a stick at about gay and lesbian stereotypes. This year’s installment puts firmly religion in Miss Richfield’s crosshairs, and you might just be laughing so much that you can’t squeak out “sacrilegious.”