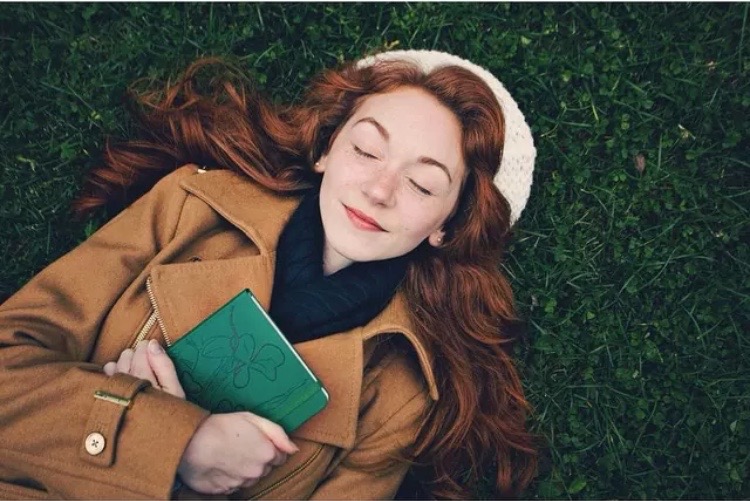 This is Part 2 of the Twin Cities Arts Reader‘s interview with Caroline Innerbichler. Read Part 1 here.

Looking back, how do you see your time in New York?

I feel that with so much of everything I jumped into everything a little too quickly, may because of what people expected of me. I view myself as very flexible and would tell myself, “Yeah, I could see that working” and “Yeah, I could see that working,” and try and come at a character from all angles. I never saw any reason not to do [this], but I never thought a strong reason to go and do these things, either. I applied for college because I thought I was ready, and I moved to New York because I thought, “This is what everyone does.” And so I pushed myself a little too hard when it came to that.

I [also] started pushing this business aspect of theatre that I felt uncomfortable in. Also, I think it came from being in my early 20s. These are big decisions that most kids my age never have to worry about – huge career decisions, big contracts on the line…you’re just not used to it, and there’s a lot to wrap your head around. While I was auditioning in New York, I actually had in hindsight an incredibly positive response from all of these casting agents and casting directors…but I had to learn about myself as a nonworking actor.

I always said to myself, “If I ever get bitted and jaded, I’ll stop.”  A lot of people get very jaded…in New York, it’s not all handed to you on a silver platter, and you have to work hard and hear the nos, over and over again. You better what you love what you do, soup to nuts, and love yourself even when you’re sitting outside at six in the morning, because the audition starts at nine and you want to get a good spot. You better love it even then, and say “This is the only thing that I can do; this is the only thing I want to do.”

Another friend told me that their professor said, “If you can picture yourself doing anything else and living a happy life, do it now. Do the other thing, because it’s not easy [doing acting.” I’ve always disagreed with this to some extent, and my parents always said that if you can chase the dream, go, and kicked my butt out the door.

After I was in New York for a year and a half, I stopped auditioning for a while. I still wanted to perform, but it’s a whole different beast and I realized, “This is not for me right now.” So I started taking improv classes at Upright Citizens’ Brigade in New York and started dating a guy who was in with the comedy scene there. He worked as a sketch comedy troupe writer, and so I did a couple nights of standup for the first time in my life. I decided it wasn’t what I wanted to do, and as a sidenote I noticed how sad that group of comedy actors were, [at least the ones] that I was hanging out with. I realized the theatre community was a lot happier and not as cutthroat, and they didn’t party as much.

Wait, you’re saying that the theatre people didn’t party as hard as the comedy people?

The comedy people partied way harder and way harsher (if I can be delicate about saying that), and I decided, “This is not my scene!”

I ended up going back to Minnesota for my sister’s wedding and Denise Prosek (the music director at Latté Da) heard that I was back in town and said, “Hey, are you in town-town?” and invited me to Prosody [a cabaret series that she directed].

I love to learn new music. Something that’s really helped my career push through, including the breaks between shows, is doing workshops of new shows and new plays. I’ve been doing that since high school at Children’s Theatre, where they’d make me do readings of a new Jeffrey Hatcher play. A math geek doing homework is like me learning new music…it sets off the perfect synapses of super, hyperfocused.

I’ve found sight-reading to be a rarer skill in the theatre scene here compared to Boston.

I had amazing teachers in choir, and sight-reading was part of that education. For me personally, I love that challenge, and you like the things that you’re good at, so I like it. It’s definitely a skill; Denise noticed it when I was working for Latté Da, and I [also] have a strong ear for harmonies.

After we did the performance [of cabaret songs] at a bar in St. Paul, Denise asked me [again], “How out of town are you?” This is a common question that I still get asked; people want to know if you’re here, if they can call on you and count on you. My response is that I will go where the work is. By work, I mean anything that sounds exciting and challenging, that is a story that I haven’t told yet and want to tell…

Park Square Theatre asked me to play Evelyn Nesbit in Ragtime, and so I moved back to Minnesota.

Does that lead to the trapeze skill listed on your resumé?

They had a circus class at the Guthrie my freshman year, and brought in Xelias Aerial Arts Studio…I loved the trapeze. While I was in rehearsals for Ragtime, they told me that Evelyn wasn’t supposed to be good at it…but it got me into classes again. I was glad to be working on the trapeze, because it’s a marketable skill – Tyler Michaels, as you know, does a lot of aerial work in his thing. I have a knack for it and I hope to use all these special skills together on stage some day.

So you need to get involved in a workshop for a new musical with a contemporary sound, trapeze time leading into wire work as you play the ukelele…at that point, I think the audience will think that you’re dreaming when you land and start dancing.

Yes – tap dancing my way down to the floor. [Laughs] Are you producing this? Just let me know when Day 1 is and I’ll be there.

How did you end up beginning your current show run at the Ordway?

I went in for their season audition. Every Equity house is required to have a season audition for Equity and non-Equity actor, and I think that’s a great opportunity for everyone in the Twin Cities [acting scene] to say, “Hey, remember me?” or “What can I show you that I haven’t shown you before, that will convince you that you want to work with me?”

I’d been auditioning for James [Rocco] since I was 15, but he’d never cast me. Every time that I went into that room, though, I could tell that we meshed very well. He’s so warm, friendly, and passionate, and would take the time to get to know me… Since he’s lived in New York and then moved here, he’s more of a transplant than many other directors. He’s one of the people who said, “You need more songs in your book” – and give me tidbits, like “Oh, you don’t know The Fantasticks? You need to learn [it].” He’d also give me tips like, “What you’re wearing is very beautiful, but you need to wear your hair down, because that’s one of your biggest assets.”

After Mermaid, I was like, “Girl is going to get a job…and not fold sweaters at Mall of America.” So I went in and showed him specifically what I could do that he hadn’t seen me do before. He’d seen me done young and teen roles for a while, so I sang from Guys and Dolls and other things that are more adult in nature, like, “I’m a woman, now!”

He was just kind of floored…and he said, “You know, Caroline, I’m going to work with you. We’re going to figure this out.” And I said, “We don’t have to figure out anything.” [Laughs] He probably didn’t know what to do with me [earlier], but knew that I was talented and knew that I was someone good to work with. The frustrating fact was that he didn’t need a 15-year-old, but [this time I showed him] that I can also do this. I can also [now] play these more adult or more young woman/ingenue roles.

In the audition room, I said, “Have you found everyone for Pirates of Penzance? It’s going to be amazing and I’m really looking forward to seeing it.” (This is Caroline being brash.) And then he looked at me and asked, “Could you sing through this with me?” He had me sing through some of the music and said, “Oh, I hadn’t heard you sing up there before, in your legit range.” From that audition, I got the Broadway Songbook: Rock and Roll gig, which was fabulous.

This is what comes from me being pushy. I wasn’t really pushy, but I’d decided that if nothing came from Caroline being polite, I’d kind of nudge some more.

With The Sound of Music, Liesel is one of those iconic roles that has touched the hearts of a lot of people who aren’t theatregoers. How do you approach this role?

First and foremost, the reason I’m going absolutely buggy over this role is that I’ve never had the opportunity to be in a Rodgers & Hammerstein musical – it’s just never happened. Their work is produced so often, but it’s just never worked out; I’ve actually auditioned for the role of Liesel five times – and been called back five times. I also had additional call backs for four of those times, too.

I grew up watching the film with Julie Andrews and Charmian Carr (who played her when she was older). That youthful, teetering on the edge of womanhood – the uncertainty, but with the pure excitement that comes with that time… It’s what you see every time when you fall in love. It’s using the moments of your life when it’s pure excitement.

If you play innocent, or if you try and play “young,” it doesn’t work – it falls flat and seems caricature. I feel that the way to go about is to say, “What are those motivations behind being that young?” It’s excitement. It’s fearing the unknown. It’s flirtation. You have to break it down further, beyond how old a person is – what is she doing, and how does she feel?

Gary Briggle [the director of The Sound of Music] said, “In Rodgers & Hammerstein, the innocence is never said.” Hammerstein, writing all this music, says it through those syncopated rhythms, and shortened melodies…the character is in those dotted quarter notes, as opposed to whole notes. Everything’s laid out [musically], it’s just a matter of pushing it through yourself as a performer, and it’s so exciting.