The Ordway Center for the Performing Arts announced its 2016-2017 seasons this evening with its annual festive celebration. The upcoming season includes a diverse mix of self-produced musicals, touring Broadway shows, world music concerts, dance performances, the Ordway’s own Broadway Songbook concerts, and a variety of special performances.

Visitors were treated to live piano music during the preannouncement reception, then ushered into the Concert Hall for a series of live and video previews, concluding with a live musical performance by the Steeles singing “Of Thee I Sing” from the musical of the same name. 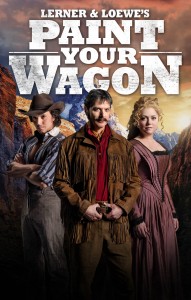 Paint Your Wagon features a new book by Jon Marans, a Pulitzer Prize nominee and Guggenheim Fellow. It will also star Robert Cuccioli, whose portrayal of the titular duo in the original Broadway cast of Jekyll and Hyde was nominated for a Tony Award. White Christmas will be directed and choreographed by the Ordway’s James A. Rocco, and West Side Story will feature an artistic collaboration with Alberto Justiniano, the Artistic Director of Teatro del Pueblo.

In addition, six special performances will be offered that fall outside of the main series: