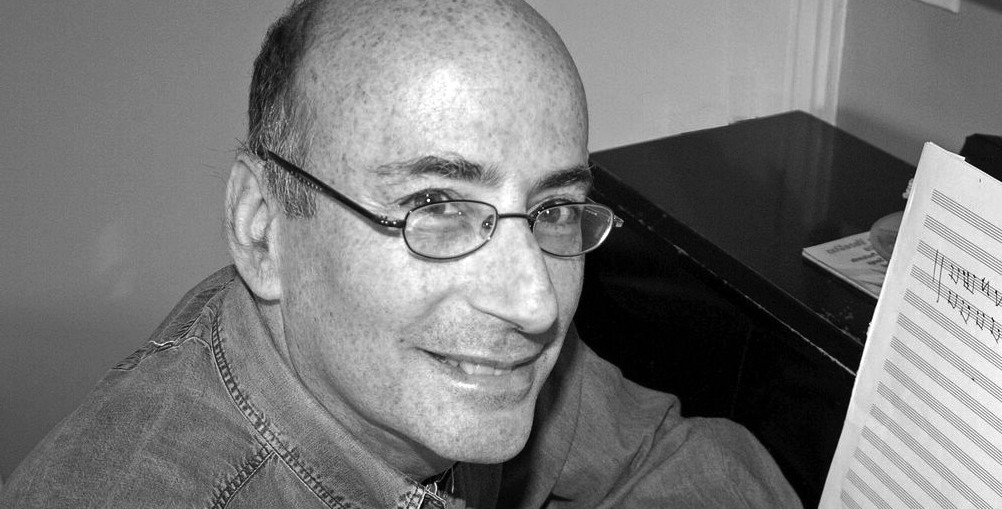 Composer Richard Einhorn at the piano.

There are many stereotypes about classical music after World War 2. Beautiful is usually not one of them: in the postwar era, many Western art music composers decided to explore other aesthetic directions, to which audiences often responded with words like grating, difficult to listen to, cerebral, and frustratingly opaque. Whether this aesthetic direction was an understandable response to the horrors of two world wars and the Holocaust or just a tremendous mistake is a question for music history textbook writers, but in terms of audience response this did not, generally speaking, produce box office gold.

Enter Richard Einhorn’s Voices of Light (1994), a hybrid opera/oratorio designed to accompany the 1928 silent film The Passion of Joan of Arc. Voices of Light has won back some of the most jaded classical music listeners, made converts out of people who’d never before set foot in a concert hall, and sent them away with a taste for new music. In the two decades since its premiere, the work has racked up more than 100 performances, including sold-out concerts at the Brooklyn Academy of Music, the Kennedy Center, and Lincoln Center. A Sony Classical recording featuring Anonymous 4 also topped the Billboard Classical charts – a rare occurrence for new classical music. Beautiful is, indeed, one of the adjectives used for this work.

Voices of Light comes to the Twin Cities on April 15 and April 22, when it will be performed by the Oratorio Society of Minnesota at the Cathedral of St. Paul and the Basilica of Mary, respectively. TCAR‘s Basil Considine sat down with composer Richard Einhorn to discuss Voices of Light and his current projects.

In an interview posted on your website, you say a great deal about your experience with the Dreyer film and your researching the text. How would you describe the compositional idiom of Voices of Light?

The idiom is vocal, chosen because Joan heard voices – so it made sense to write a vocal piece in her honor. Nearly every decision stems from this initial one: What do the voices sing? They sing words primarily by female medieval mystics from Joan’s time or before.

Joan’s voices were triggered by bells; therefore, I recorded the sound of the bell from Joan’s church and that rings out at several key points during the work. We know a lot about what Joan looked like and acted like, but nothing about her voice – was it low? High? Therefore, the Voice of Joan of Arc is neither a soprano nor alto, but both, singing excerpts from Joan’s letters in unison or in simple harmony. Finally, Joan’s tormentors have a voice – actual misogynist texts from the Middle Ages which eerily resonate with much of Joan’s legend and career – fire, war, etc.

Stylistically, I was going for a work that, like the Dreyer film, would be difficult to pin down to a particular time. If you hear it on the radio, it might sound for a moment like medieval music, but then it moves as if it might be baroque music, but then takes a turn towards something unmistakably modern, except it doesn’t sound like modern music. This ambiguity was very intentional and reflected Joan’s ambiguities – her role as a woman warrior or as both a saint and heretic, for example. The very enjoyable challenge was how to make the music sound stylistically consistent and natural while floating outside of a time period.

What is the relationship of the idioms and musical language to the source material?

There is little direct relationship between the source material and the musical idiom. That is, despite certain harmonic/modal inflections, I’m not consciously writing in the style of the 15th century.

My intention was to write a contemporary piece using ancient texts, similar to the way Dreyer wished to tell a contemporary story using Joan’s trial.

In that same interview, you discuss not being able to label Voices of Light as belonging to a specific, existing genre. “Opera” is the label that ended up being used then; some of the publicity materials for this piece refer to it as an oratorio. Have you settled on a specific label or set of labels, and why (or why not)?

I call it an oratorio with silent film, but I think of it also in terms of my very early multimedia work – in this case, the two media being vocal/choral/orchestral music and film.

This isn’t the only opera/oratorio in your oeuvre – The Origin also shares that double label. Is there something that attracts you to works at or beyond the predefined boundaries of a genre?

Well, I’d love to write [straight] opera, but these two [works’] ideas appeared to be best realized with the “staging” being film. It seemed inappropriate to call them “opera” or “oratorio” so the double term highlights the different way the piece functions as both dramatic and musical expression.

What’s up next for you as a composer? What are you currently working on?

We’re recording an electric viola piece with Ralph Farris, the violist for Ethel. It’s incredibly difficult, sounds like rock and roll, and Ralph is tearing the studio up with it1 I’m currently writing a trio for violin, cello and piano for Trio 180 at the University of the Pacific. I’m also about to announce another large multimedia piece, but mum’s the word for another month, sorry!

Meanwhile, there are 3 other performances around the country this month of Voices of Light and one last week as well. It’s a remarkable experience for a composer to have so many performances of one piece and I’m delighted that so many people are having an opportunity to experience Dreyer’s film the way it should be seen (and maybe!) heard.

Watch the trailer for the Minnesota Oratorio Society’s performance of Voices of Light: