You are here
Home > Arts > INTERVIEW: Jeff Whiting of <em>Bullets Over Broadway</em> 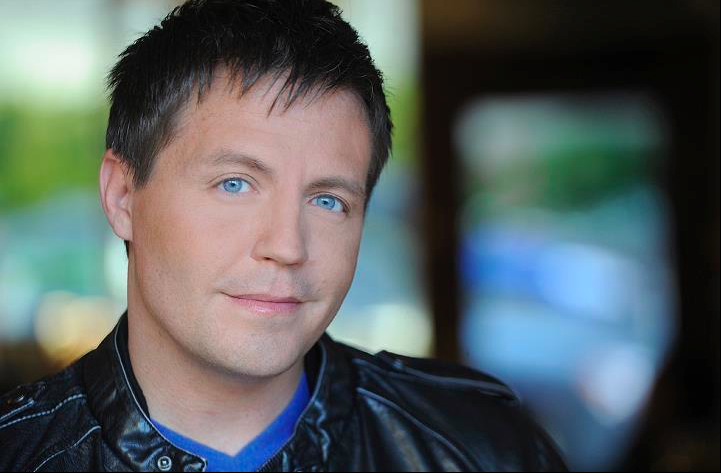 Jeff Whiting, director of the touring company of Bullets Over Broadway.

The mobsters of Bullets Over Broadway have brought their national tour to the Ordway. Director Jeff Whiting sat down with the Arts Reader‘s Basil Considine to talk about directing, touring, and acting careers.

Where are you based?

I’ve been in New York for about 15 years. I’m originally from Denver, Colorado.

I see on your resume that you’ve worked in Minneapolis at the Children’s Theatre Company. How did that come about?

I did a show called Fashion 47 – it was directed by Diane Paulus. We did the story of the 47 Ronin, only as a fashion show. This was 7 or 8 years ago and I just really enjoyed it.

At this point in your career, do you consider yourself a director or choreographer first, or director-choreographer?

I knew early that I was going to be a director – I think I was twelve years old. I was doing a play – Lanford Wilson’s Home Free – and I as the actor was having trouble connecting to this one scene. The director gave me this amazing set of instructions and he helped me figure it out. I [then] knew, “I want to do what he did.” From that day forward i just always had my eye on the director [job].

I initially thought I would go back to school for directing, but what happened was that I was doing a production of West Side Story out in Nashville. The director of that show had enjoyed working with me and he hired me to work with his on his next show, for which he hadn’t hired a choreographer. Because he knew me as a dancer from West Side Story he asked me to choreograph. I’d never did it before, but that was my first moment as a choreographer– and from that one gig he started recommending me as a choreographer.

I kept saying, “I’m really a director and a choreographer [as I went from gig to gig]” and I got lucky. After working a lot of regional gigs as director and choreographer, about 8 years ago, I got connected to the Broadway production of Hairspray. I was the associate director of the national tour of Hairspray. That led to working with the national tour of The Producers, which led to my working with Susan Stroman. I’ve been her associate for the last 7 or 8 years.

In a nationally touring Broadway show, what’s the division of duties between a show’s original director and the director of the tour?

I was Susan’s Associate Director for the Broadway production of Bullets Over Broadway – I was there for the entire process. When you put together a national tour, you have certain limitations in terms of size and the number of trucks we travel with, so as the director of the tour it was my responsibility to work with the scenic designer and help come up with something different that would function within the needs of the touring show, adapt the scenic pieces that we had, etc.

It’s still Susan Stroman’s direction, but I’ve adapted it to this new set [and cast]. When you get a new cast, sometimes there are things that play differently with different actors, and Susan’s kindly given me permission to play to that – to play to where the comedy lands [with the new actors].

I was recently talking to Kevin Massey from The Gentleman’s Guide to Love and Murder tour, who told me about how he and a number of other castmates in the Broadway production were encouraged to audition for the tour. Did you end up taking anyone from the NYC production of Bullets Over Broadway on tour?

We didn’t because this tour is actually a non-union tour. The Broadway cast was, of course, [Actor’s Equity], but since this tour isn’t… I would have loved to take some of them, but since the actors’ union decided to not let this be a union tour, we had to start from scratch.

[That said,] we have an incredible cast – very, very talented, and I’m very proud of them.

You’ve spent 15 years being based out of New York. Do you find the union and non-union talent pools to be substantially different in terms of who does what? In the Twin Cities, there’s a more limited number of union theatres, so one of the questions that young actors ask is, “If I go Equity fast, will this limit my opportunities?”

I think the trend in New York is not, “Should actors get their Equity card?” but “Absolutely, actors should get their Equity card…at some point.” There are so many jobs that are non-union – I’d say the majority of national tours that are out right now – and the responsibility of a young actor is to get as many roles as they can [to build up their experience and resume].

If you just do the numbers, it seems that it’s smarter for a young actor to come to New York without an Equity card. That way they can audition broadly; because the competition is actually less stiff (there are fewer actors that are nonunion in New York), the odds are greater that they would get cast in a non-union national tour and be able to put that on their resume.

I always recommend for young actors to come to New York without their card so they can make themselves available for the tours and other non-union shows that way. To build up their resume and then eventually join the union when the timing is right for them…when you first get to New York, the odds are better in your favor if you don’t have your [Equity] card.

As they say in The Hunger Games, “Let the odds be ever in your favor.”

What professional memberships do you hold?

I’m a member of the SDC – Stage Directors and Choreographers Society. It’sa wonderful organization that supports us as creators and helps us maintain and protect our work.

How long has this tour been going on? How long has it been since you fissioned off of the Broadway tour to start the adaptation process?

The tour actually opened in August of last year. I think we were working on the set in March of the year prior to that, and dreaming about it quite a while before. Early March [2015] was when we had our first meetings to figure out the adaptation.

What kind of visuals were prepared for those meetings – 3D models, toothpick models, etc?

The designer also worked on the show on Broadway, so we both had a strong visual ideas. He did some graphic renderings, and once we signed off on those, he made a little 3D model out of foam core.

You’ve also been involved on the software development side of theatre. How do you keep your notes for this show?

I keep them in this app called Stage Write, which is an easy method for you to just track the movement of all the actors and so on. The app has been out for about four years. You can track where everyone and everything is – not just the actors, but also the props and scenery – all the moving pieces. My notes all lives on my iPad; I’m able to share it with the lighting designer and the scenic designer easily.

For example, prior to tech I send my notes to the lighting designer, who can use this to start focusing the lights because all of the movement is there already.

Let’s go back to talking about the dynamics of touring. You arrive in a city; how long do you normally get in a space before you open in that city?

It depends on the space. At the Ordway, we have about six hours to load the set and get it all sorted. The crew travels basically through the night so we’ll close down one night in the previous city; they’ll unload and put everything on the truck. Then they’ll travel through the night and they usually arrive around 9 AM and start loading in.

Around 4:30 PM, the cast arrives; ideally, things are ready for us to rethink the place and do a quick rehearsal on stage. If there’s anything that might be slightly different for a particular venue, we’ll run through some of the numbers and check some timing things. We always bring on a local crew, so we run and a few of those things, too.

What do you as the director once a show has launched?

I don’t travel with the show – I like to surprise them and just show up to opening night. There’s a tendency for things to drift out of place over time – you get a laugh with a line one night, so you try for a bigger laugh the next one…and eventually it has to get reined in.

Crew aside, how is the cast traveling?

By bus, usually. The crew has a separate bus because they’re traveling at different times.

I don’t travel with the tour, I just drop in for some openings, so an overnight bag is all I need.