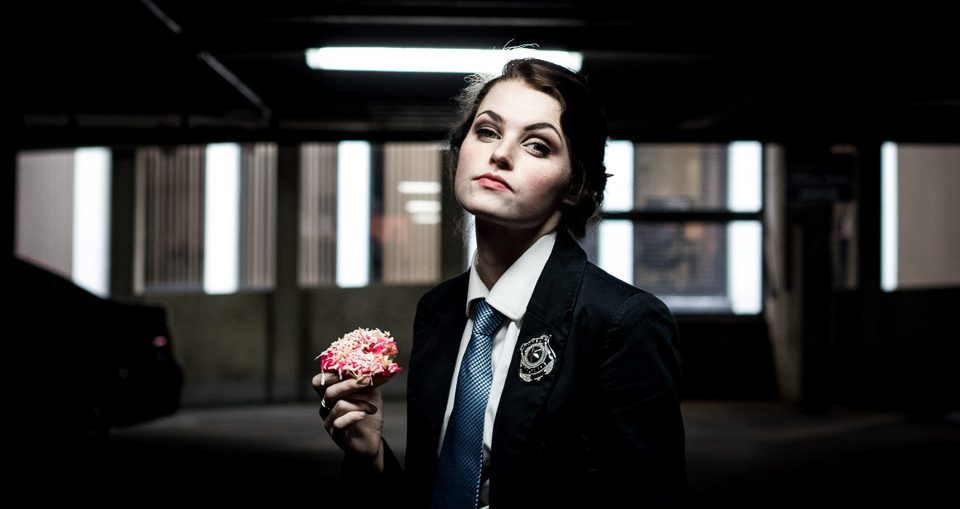 Aidan Jhane Gallivan in Swing and a Miss’s production of A Murmur of Murder.

Fringe is coming. Minnesota’s nationally renown festival of experimental performing art opens on August 3rd, but local audiences can get sneak peeks at 30 of the 167 shows next Monday. Each of these 30 local companies will present a 3-minute preview of their show at the University of Minnesota–Twin Cities’ Rarig Center Thrust Stage. The price for this ticketed event has been reduced to $4, and now includes a collectible Fringe Button.

The shows being presented are: